On Saturday 9th of April 2016, the active ProductCamp folks met in Vallila at the newly built OP premises. The program included two keynote speeches and nine different sessions (see below for slides). Despite a relatively early start time on Saturday morning 84 participants attended the event. As usual participants were asking questions and commenting on the presentations and the discussion continued long stretching many session to the very end and sometimes beyond the ending time.

This was the third ProductCamp Helsinki. As mentioned above, the number of participants was 84, which means we have roughly doubled our participant count from 2014, the first ever ProductCamp Helsinki. Based on the participants feedback, this year’s event was the best one so far. Positive feedback highlighted the venue, interesting content, timely schedule and interactivity. New improvement ideas in questionnaire replys were smaller workgroups/roundtable formats, less photo shooting (we had three photographers!), sharing the program on web site (timely and clearly) and ticket availabilty. We have been measuring participant satisfaction with Net Promoter Score (NPS). This year the NPS the score was 58, which is a huge improve over last year, when the score was 28.

The organizers want to thank the keynote speakers, session leads, all volunteers, our great host OP, and the participants for making such a great event. We hope to see all of you next year! 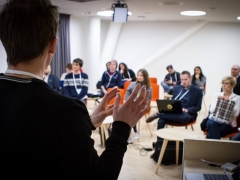 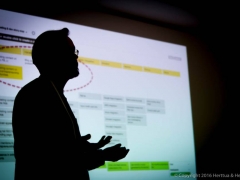 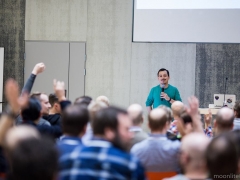 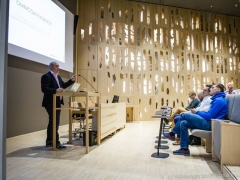 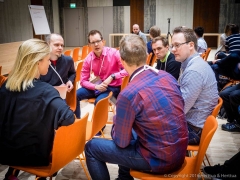 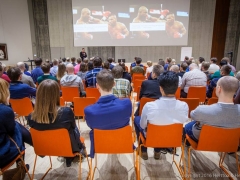 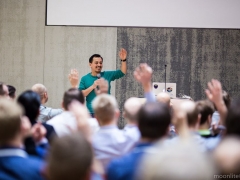 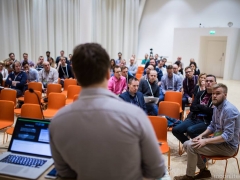 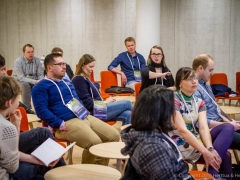 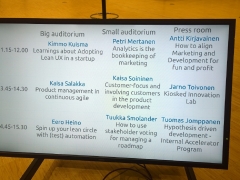 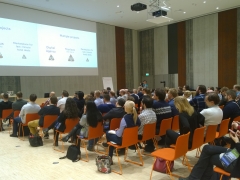